‘A Bolt From D’Blue’ – David Gilna 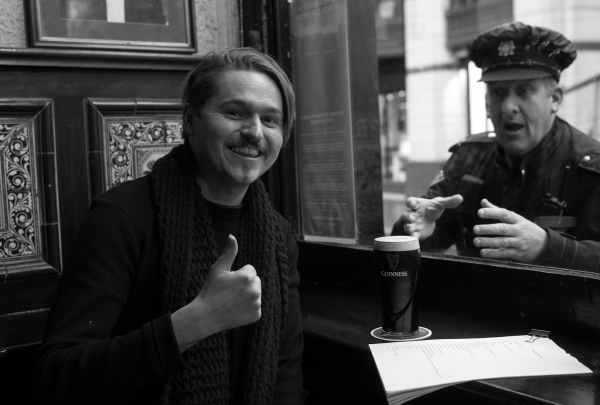 Due to the COVID-19 outbreak, David will be delaying his tour. We are hoping to reschedule for later in the year.

Join us as we welcome David Gilna and his comedy performance of ‘A Bolt From D’Blue’.

Based on a true story. A Bolt From D’Blue chronicles the heartbreaking, inspiring experience of survival, laughter and recovery in the summer of 2004 and a gift that changed everything.

David Gilna is a young Irish playwright, filmmaker, and actor whose life was changed by a terrible event. He was struck by a bolt of lightning while working in Boston in the summer of 2004.

From the Fingal Independent News –

Writer, director, comedian, and all around talent, David Gilna from Swords is set to invade the United States with his self-penned play.
David told the Fingal Independent: ‘I’m touring America in 2020 with my debut comedy show ‘A Bolt From D’Blue’ kicking off in The Kansas City Irish Arts Center, Missouri on Thursday March 26, 2020.

‘My dream is finally becoming a reality.

According to David, the show is about ‘how humour saved my life after being struck by lightning’.