The KCIC is thrilled to partner with the Fulbright Commission of Ireland  for our spring language weekend, 2020!  We are proud to offer top level language instruction in Kansas City. There is no better way to to kick start or improve your Irish language skills than to spend a full weekend immersed in speaking, and listening to, the language. We will divide participants into Complete Beginner, Improver, and Intermediate levels.

Space is limited. Reserve your spot for the weekend.

TUITION -Please reserve your spot by contacting Renata Rua at [email protected] or 816-474-3848. Payments can be made at the event. 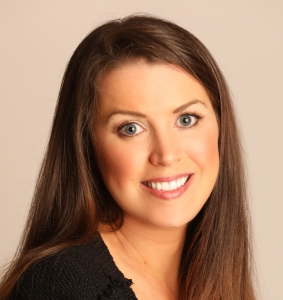 Yvonne is currently a Fulbright Language Teaching Assistant at Elms College, Massachusetts.  Before winning her Fulbright award, she has spent the last ten years teaching in an Irish language primary school in Dublin. She earned her undergraduate degree in education from the Froebel College of Education in 2008.  In 2012, Yvonne spent a year in Perth, Australia, a place where she strengthened her skills in international tutoring. Last year, Yvonne finished her Master’s in All-Irish Language Education at Mary Immaculate College. Prior to this she earned a post graduate diploma at University College, Dublin in leadership education. She has particular interest in immersive language education and second language acquisition. 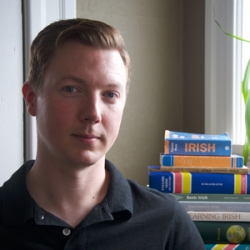 Brian Ó hAirt is an advocate of the Gaelic languages and a fluent speaker of Irish.  He has received degrees in Linguistics, Anthropology, Celtic Studies, Traditional Music, and Post-Colonial Theory at the universities of Wisconsin, Limerick, and Galway.  Brian has also spent extensive periods of time in the various Irish-speaking districts of Ireland studying its language and culture.  In 2010 he became involved with the language-based non-profit group Language Hunters and subsequently helped develop a system of teaching languages through game-play.  His work with LH also helped him cultivated connections with the Scots Gaelic communities of Nova Scotia and Cape Breton as well as with the revitalized Gaelic speaking community on the Isle of Man, where he has visited and learned alongside inspired local advocates of the language.  Brian currently resides in Washington, DC. He’s thrilled to be returning to KC for this Language weekend.