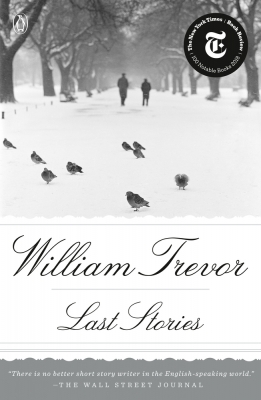 With a career that spanned more than half a century, William Trevor is regarded as one of the best writers of short stories in the English language. Now, in Last Stories, the master storyteller delivers ten exquisitely rendered tales-nine of which have never been published in book form-that illuminate the human condition and will surely linger in the listener’s mind. Subtle yet powerful, Trevor’s stories give us insights into the lives of ordinary people. We encounter a tutor and his pupil, whose lives are thrown into turmoil when they meet again years later; a young girl who discovers the mother she believed dead is alive and well; and a piano-teacher who accepts her student’s serial thefts in exchange for his beautiful music. This final and special collection is a gift to lovers of literature and Trevor’s many admirers, and affirms his place as one of the world’s greatest storytellers.