Say Nothing by Patrick Radden Keefe 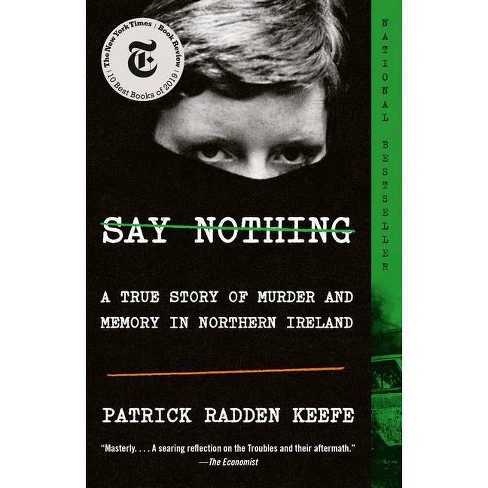 PATRICK RADDEN KEEFE is a staff writer at The New Yorker, an Eric and Wendy Schmidt Fellow at the New America Foundation and the author of The Snakehead and Chatter. His work has also appeared in The New York Times Magazine, Slate, New York, and The New York Review of Books, among others and he is a frequent commentator on NPR, the BBC, and MSNBC. Patrick received the 2014 National Magazine Award for Feature Writing, for his story “A Loaded Gun,” was a finalist for the National Magazine Award for Reporting in 2015 and 2016, and is also the recipient of a Guggenheim Fellowship.